226
SHARES
982
VIEWS
Share on FacebookShare on WhatsappShare on Linkedin

Appeal as a concept has been imbibed in the Civil Procedure Code under Section 96 which goes onto state that “Save where otherwise expressly provided in the body AP of this Code or by any other law for the time being in force, an appeal shall lie from every decree passed by any Court exercising original jurisdiction to the Court authorized to hear appeals from the decisions of such Court.”

This article will essentially focus on how appeals operate in civil law in India, deal with the definitions and meaning of the said term, understand the scope of this topic, understand when appeals shall be applicable to civil suits and also present the interpretations drawn by various courts in India regarding appeals through precedents and judgments presented.

In essence, the term appeal is nothing by the power or right of a party to approach a court of higher standing than the lower court against the decree passed by such a lower court. However, the term appeal has not been defined anywhere in the Civil Procedure Code which is why it becomes important to understand the definition provided to it by courts through the judgments they provide and through the provision of Section 96 itself. The determination of when a second appeal may be preferred, whether questions in facts and questions in law may be appealed in cases of second appeal shall be discussed in detail. The article shall run through all the provisions of appeal in the code with a special emphasis on the basic concept of appeal and second appeals.

The right of appeal becomes active once the proceedings of a suit are initiated and is known to be a vested right. In matter of pending proceedings, any subsequent change in right to appeal shall not take away the inherent existing right of the party unless the same has been expressly mentioned. The same was held in Videocon v SEBI[i]. The right of appeal has also been deemed as a statutory right once a statue does provide for its operation. This ratio has been obtained in the case of Gujarat Agro Industry v. Municipal Corporation Ahmadabad[ii]. It also held that, the right of appeal is a common law right and does not require a particular statute to give way for it and that the right is inherent. In terms of the decrees passed by a court which may be preliminary as well as final, the right to appeal is available against both kinds of decreed passed by a court. The right to appeal is not recognized in trivial matters or discrepancies. If the claim or matter being appealed does not effect the merits of the case, then in such situations, no appeal shall lie against that particular decree passed by the court.[iii]

Any person whose interest lies in the suit may prefer an appeal against the said order or decree given that his name has gone into the record of the matter so concerned. A person who is also bound by the pronouncement of the court shall also have the ability to prefer an appeal in a higher court regarding the matter. An appeal may be filed by any party who has been adversely affected[iv] by the decree or decision of the court and is not limited to just the parties involved in the suit. The legal representatives also have the capacity to file an appeal in this regard and not just limited to the parties.[v]Such a person who is not party cannot file the suit unless he has been prejudiced against by the decision as otherwise, the parties are the ones who may file an appeal.[vi]

Section 100 of the CPC recognizes the right to second appeal that may be granted to a party. It states that an appeal against an appeal order may lie to the High Court if the appeal order has been passed by a court that is subordinate to the High Court. The grounds for the same have also been clearly described in this statute as decisions contrary to law, decisions failing to determine material facts and issues of law and any failure or error in the procedure of carrying out such a decision. An appellate decree which is ex parte may also lie as part of this section.

The concept of second appeals and entertaining them under Section 100 states quite clearly that there must exist a substantial question of law in the matter. The same was rightly expressed by the Supreme Court in the case of Annapoorani Ammal vs G.Thangapolam.[vii] The term substantial question of law, however, has not been defined in the code which is why reliance is placed on the Supreme Court’s interpretation of these terms.

A substantial question of fact may also be entertained by an appellate court and not just a question of law in certain cases. The Supreme Court has expressed its view in this regard as well. It has held that in cases where in the lack of consideration of evidence has left the determination of a fact perverse; in such cases the appellate court may entertain an appeal on question of fact as well.[x] Section 103 of the Code clearly states the power that the High Court may utilize in order to determine certain question of fact if it feels that such questions must be answered. While checking whether a decree form the lower court was obtained by fraud, the Supreme Court held that this was purely a question of fact which could be determined by the High Court by way of appeal as per Section 103.[xi]

When the lower courts had not dealt with the question at hand posed before the High Court, the High Court possessed the power to entertain such a question of fact. The sole finding of a fact or unfair assumption of a particular fact would not just become a ground for a second appeal. In order to initiate the same, the decision of the court must suffer from further infirmity such as non-application of mind.[xii]The law has also become clear regarding whether or not the appellate courts may partly accept or reject a particular matter.

Apart from substantial question of law and fact, it has been well settled that in relation to second appeals, appellate courts must either accept the appeal in whole or not accept at all. This essentially means that no appellate court must partly accept or partly reject a case that has come to it by way of second appeal.[xiii]

Section 96 and Section 97 of the code establishes as to whether appeals may be preferred against final decrees. Section 96 of the code goes on to state that an appeal shall lie against “every” decree passed by a court which essentially means that an appeal may be made against a decree, be it preliminary or final. However, Section 97 provides that where a party who does not raise an objection or appeal against the preliminary decree passed by a court, then in such situations, he would not be allowed to challenge the correctness of that decree whilst appealing the final decree pronounced by the court.

In essence, the article provides a basic understanding of certain components of how appeals function under the Civil Procedure Code. The article establishes what an appeal is firstly, when an appeal may be preferred by a party to the suit and when the right of appeal accrues to a particular party. The use of precedents makes it quite clear, the position of law regarding certain provisions as well. The ambiguity has been erased through decisions that have been provided by courts. The article finally analyzes whether a second appeal may be preferred which has been answered positively and whether appeals may lie against the final decree of the court as well. The same has also been affirmed positively. Therefore, a basic understanding of how appeals function has been put forth through this article. 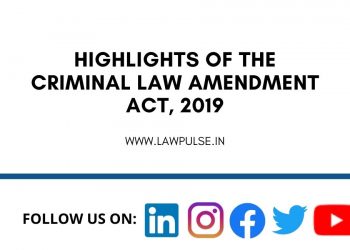